We were delighted to donate two fossilised trees to the 'Fossil Forest' on Dorset's Jurassic Coast.

The two pieces of fossilised tree were flown by helicopter from Portland to the forest, which is located near Lulworth. It was decided that the best means of transport was by helicopter due to where the final resting place would be, along the cliff edge with limited road access. 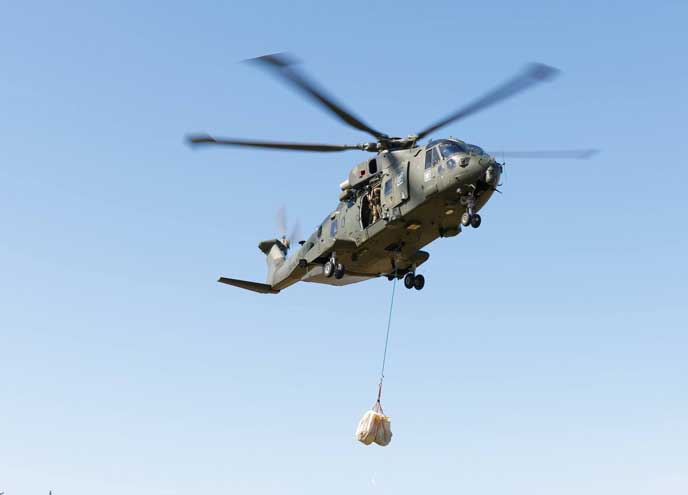 "This was part of an operation to transport some fossilised trees to the Fossil Forest along the coastal path on Lulworth Range. We were delighted to be able to donate some fossilised wood to be displayed. Helicopter was the best means of transport due to where the final resting place would be along the cliff edge with limited road access."

The fossilised pieces of wood will be on display at the forest in the upper viewing area.

The site has been closed since 2015 following a large rock fall that damaged the steps leading to the forest. Access to the Fossil Forest is currently being restored by Dorset Council. It is expected the steps and viewing area will be open for visitors by the end of 2019. 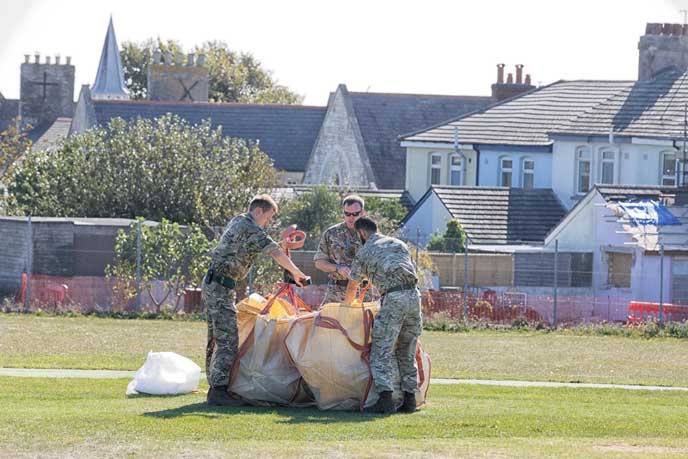