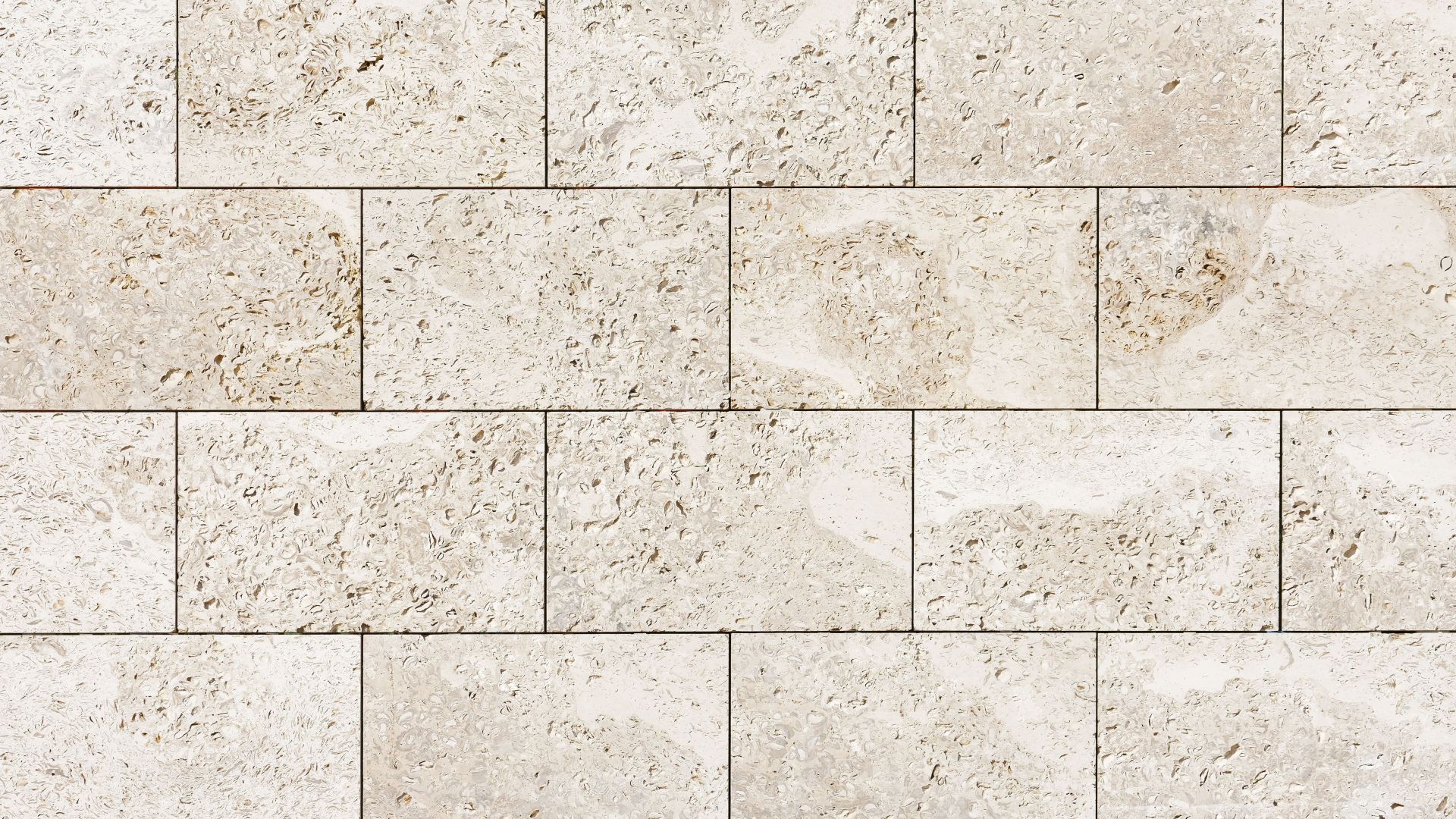 Bioclastic, oyster-bound clasts of well-cemented patch reef in a matrix of shelly oosparite – Many large grey and white oyster shell fragments. Patch reefs were formed by masses of oysters and bryozoans cemented around a massive calcareous laminated framework built of the red alga Solenopora.

The shells are randomly distributed throughout the stone.

Texture is typically coarse with some vuggy patches.

Exquisite and unique cross-sections through small patch reefs which developed in the upper part of the Portland freestone.

Samples sent in the post are indicative of the typical colour and surface texture of the stone.  They are unable to show all the natural variations in visual appearance, colour, texture and geological features that are present in all natural stones.  To fully understand the goeolgy of our Portland Stone, we would recommend a visit to view the large range panels approximately 3m x 2m at our factory site on Portland.  Once your selection is made we will be delighted to send you a sample of your desired stone.