Scope of Project:
Construction of multi-storey building with of Portland stone cladding on a rain screen system. 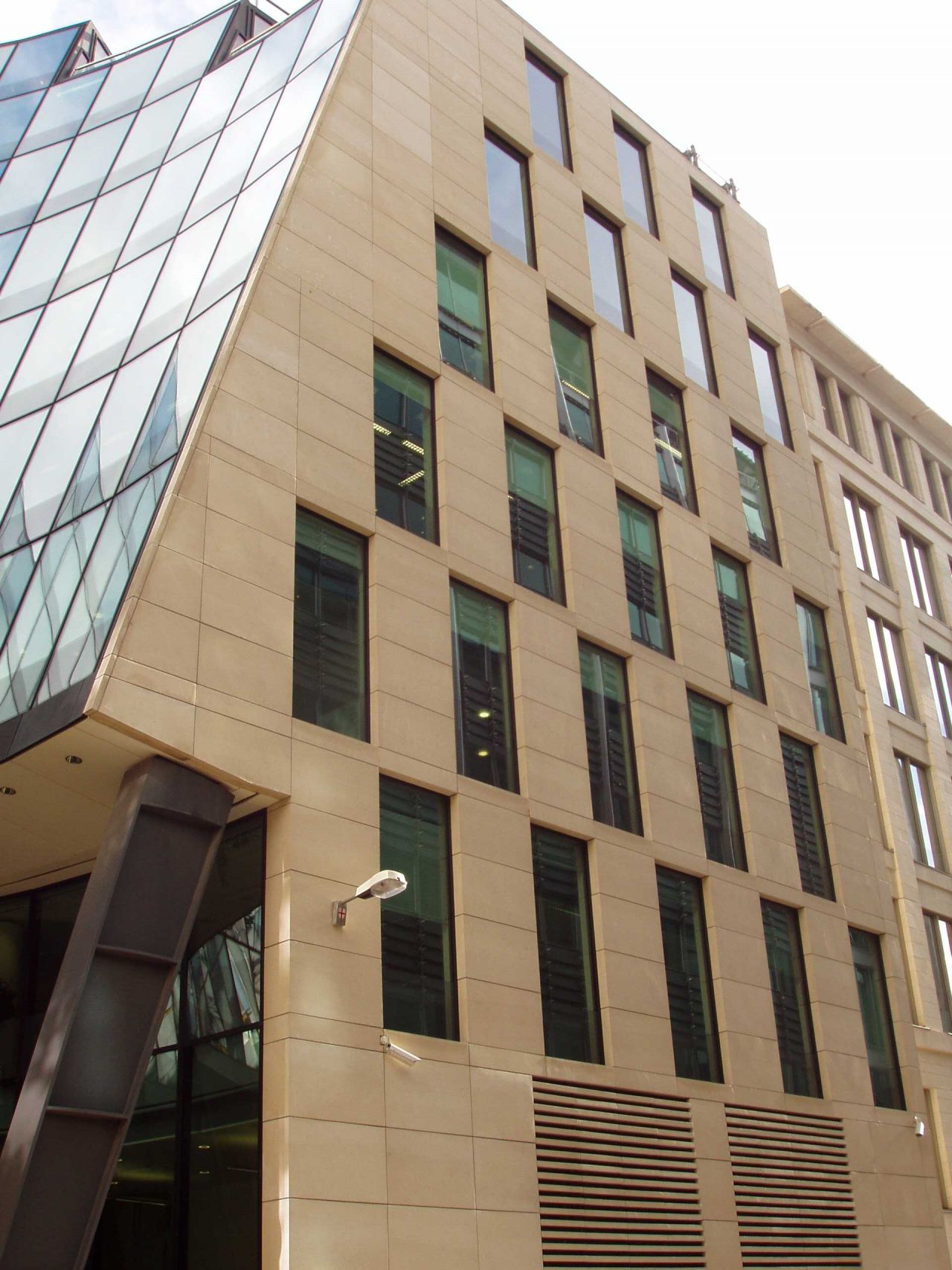 100 Wood Street is the first natural Portland Stone rainscreen cladding system approved by the Surveyors of the Corporation of London Planning & Surveying Department.

Albion Stone and Harrison Goldman entered into discussions with the Architect on the design of this very modern glass office block and the incorporation of large Portland Stone panels. The resulting revolutionary fixing system was the first rainscreen cladding of its kind.

A number of different Portland beds were considered by the Architect, however, not all were able to produce stone panels of the required size therefore Bowers Whitbed was selected.

Albion Stone set up two dedicated production lines to manufacture the stone panels for this project.

Shortly after the project started His Royal Highness Prince Philip viewed the production lines and discussed the work showing considerable interest in the innovative design. 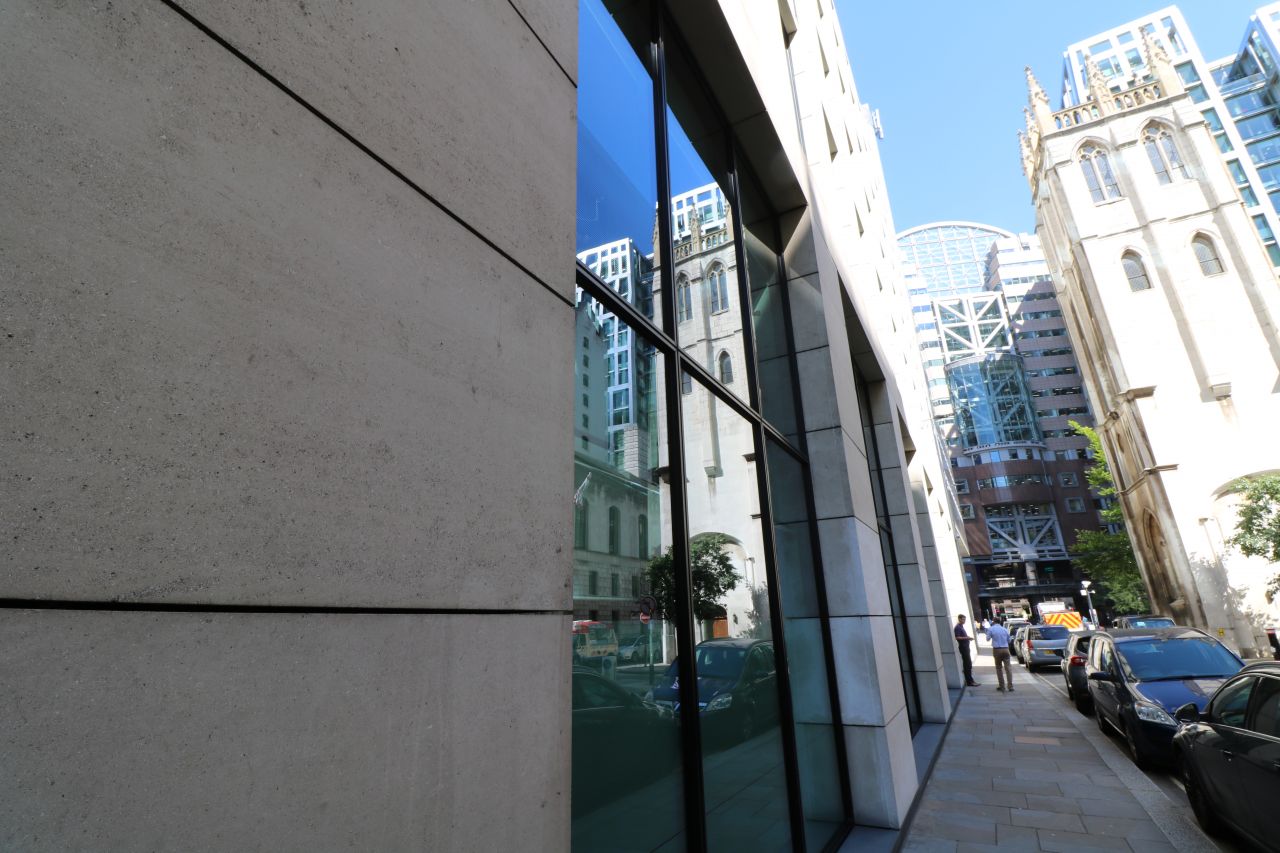 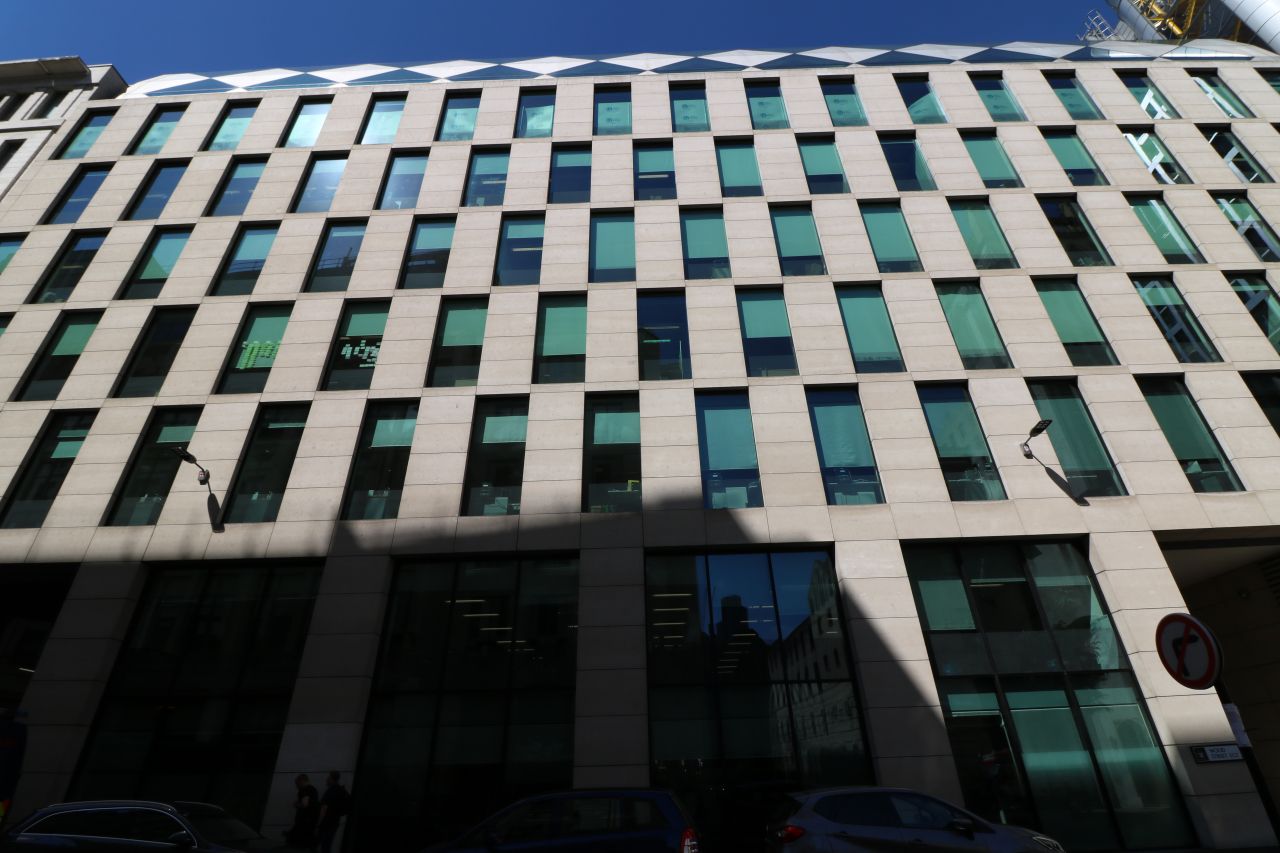 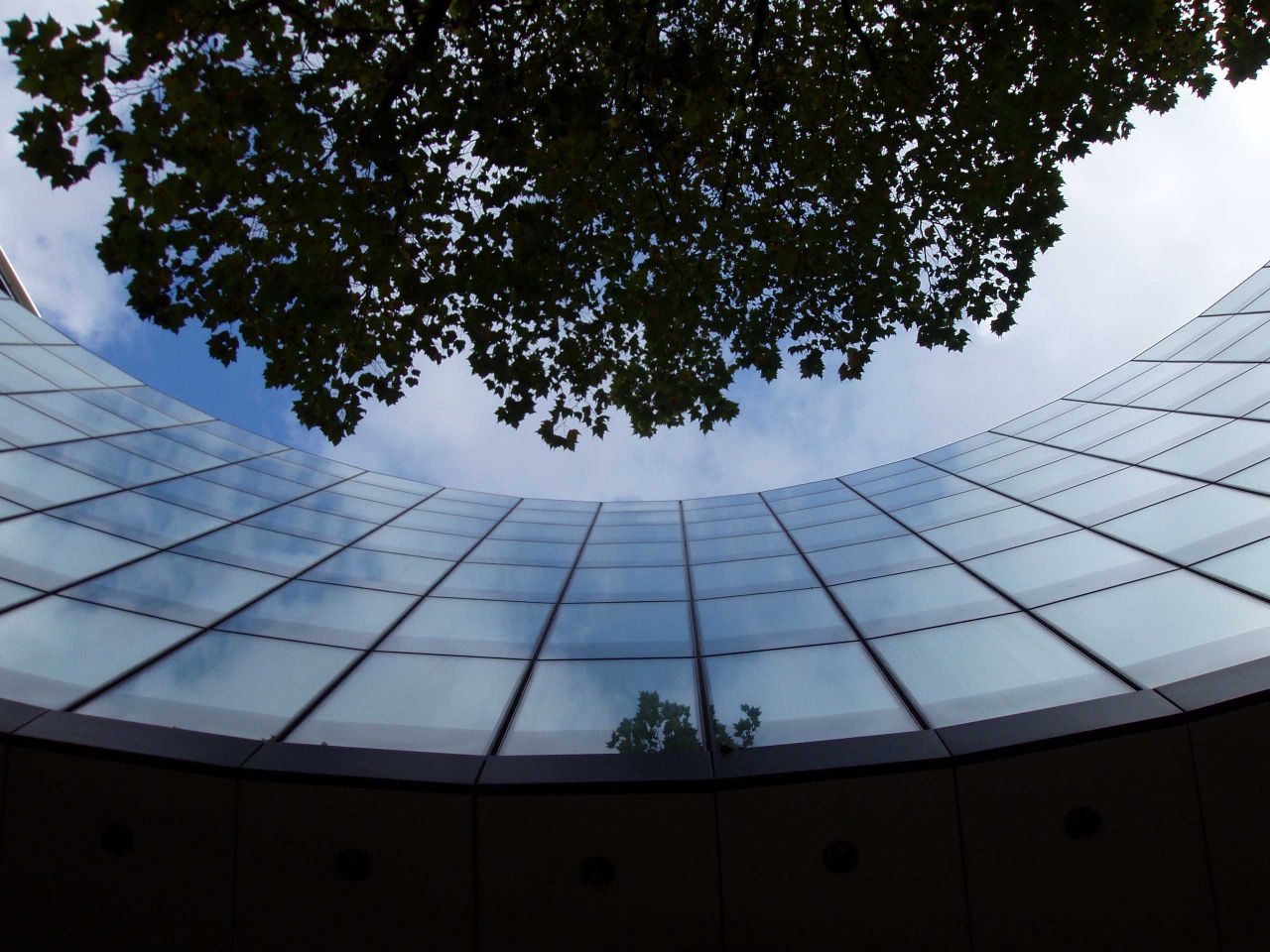