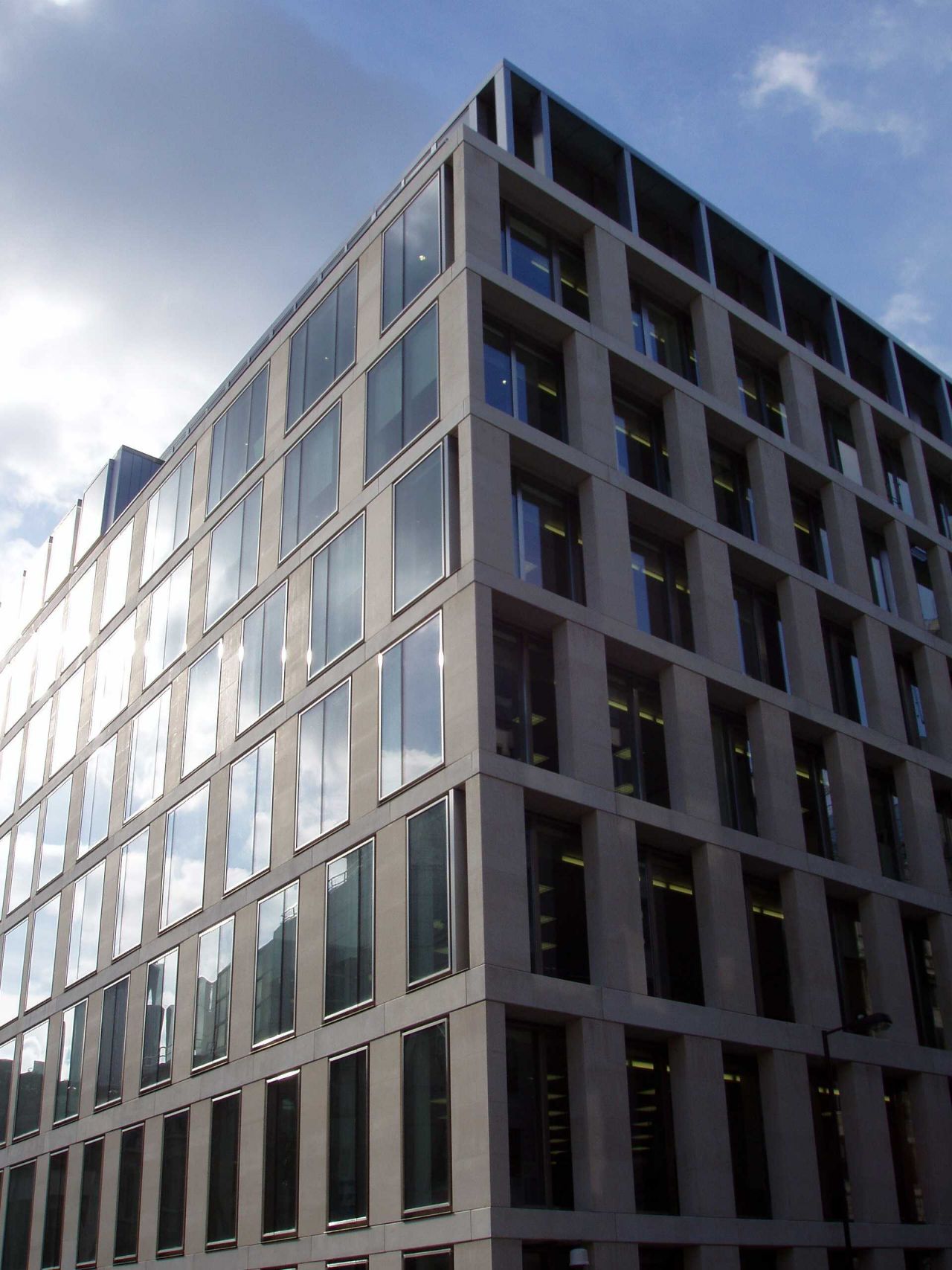 Situated in the business centre of London in one of the London Borough of Camden’s conservation areas, Finsbury Square utilised the traditional Portland Stone element of the surrounding buildings and combined it with contemporary design practices.

Careful consideration had to be given to an existing 1920’s façade which was a listed building. However, Planning Permission was granted for the demolition of the existing building and the resurrection of a new prestigious office building with a grand Atrium designed by Eric Parry Architects.

Full sized mock-up columns were tested at the BRE’s Garston testing laboratory to ensure the quality of the manufacture for this project.

This project was the first speculative commercial building to be short listed for the Stirling Prize 2003.

In 2003 the project was awarded the ‘Design Excellence Award’ from the American Institute of Architects. Short listed for the Stirling Prize 2003. 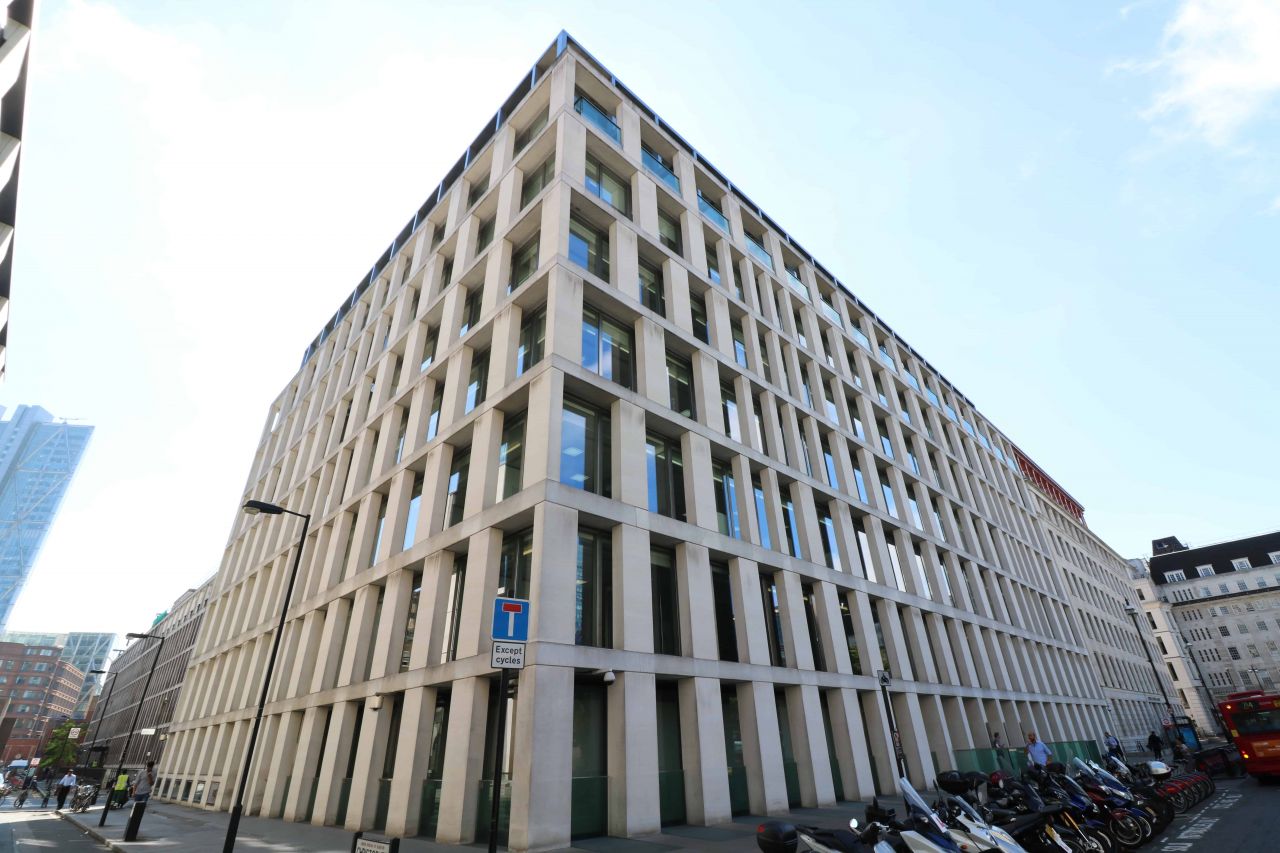