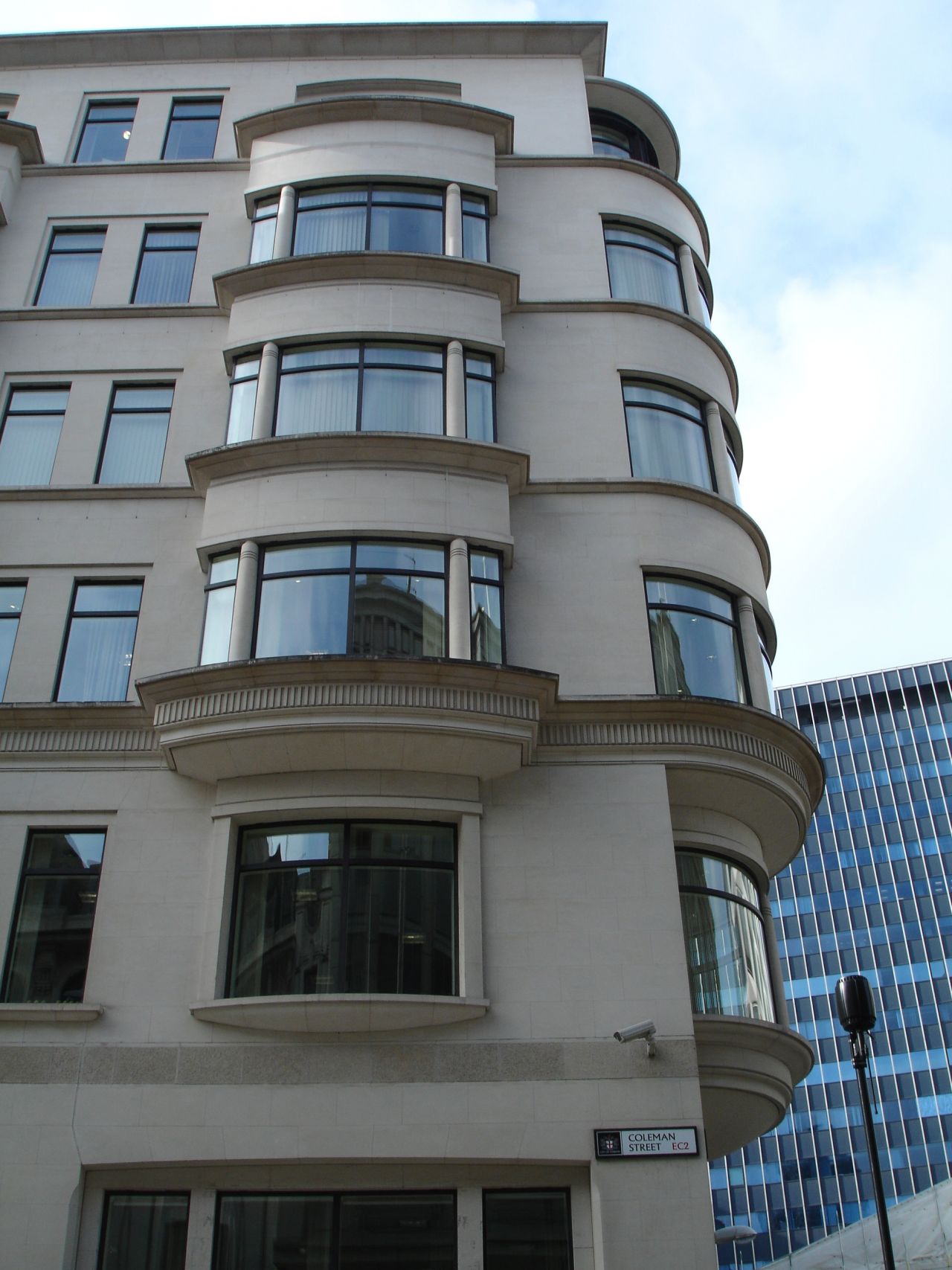 Completed in 1996, the aim of the was to construct a nine storey building, with floor space of over 7,000m².

The design by TP Bennett originally anticipated Bath Stone with its warm yellow hue, but the client was concerned that the building should be in character with other, similar styled properties in the City. This caused him to tour several recently completed Portland Stone buildings in the area.

Having been particularly impressed with the stone used on 75 King William Street, he opted for Portland Basebed Stone from Bowers Quarry. The design of the façades included some boldly projecting cornices, sills and string courses.

A high consistency in colour and texture of stone was required and to meet these criteria, Bowers Basebed was selected for the extensive exterior facings, with Independent Whitbed selected for the cornices and copings.

This project received ‘Highly Commended’ in the ‘New Build’ category in the Natural Stone Awards 1997. 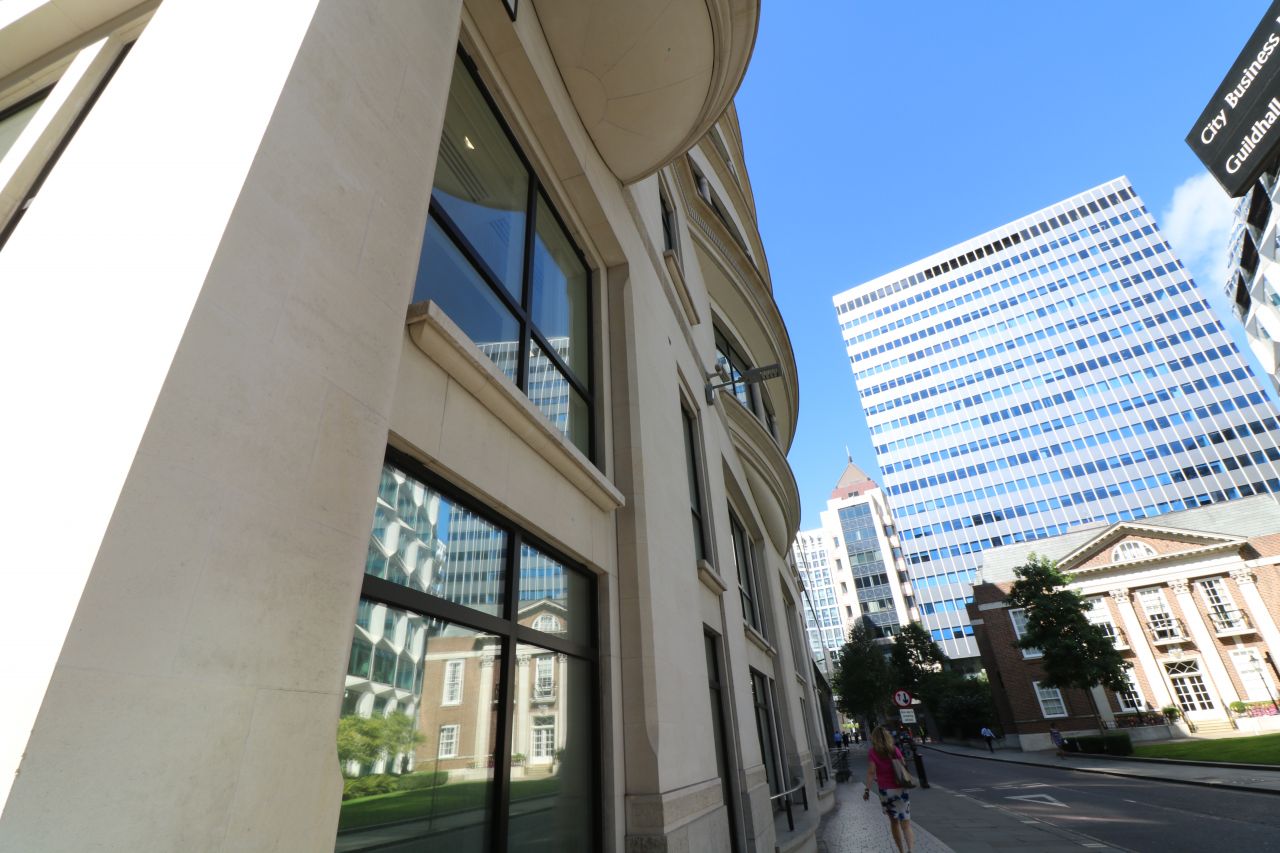