Scope of Project:
Construction of new development in Portland stone for Bar Library. 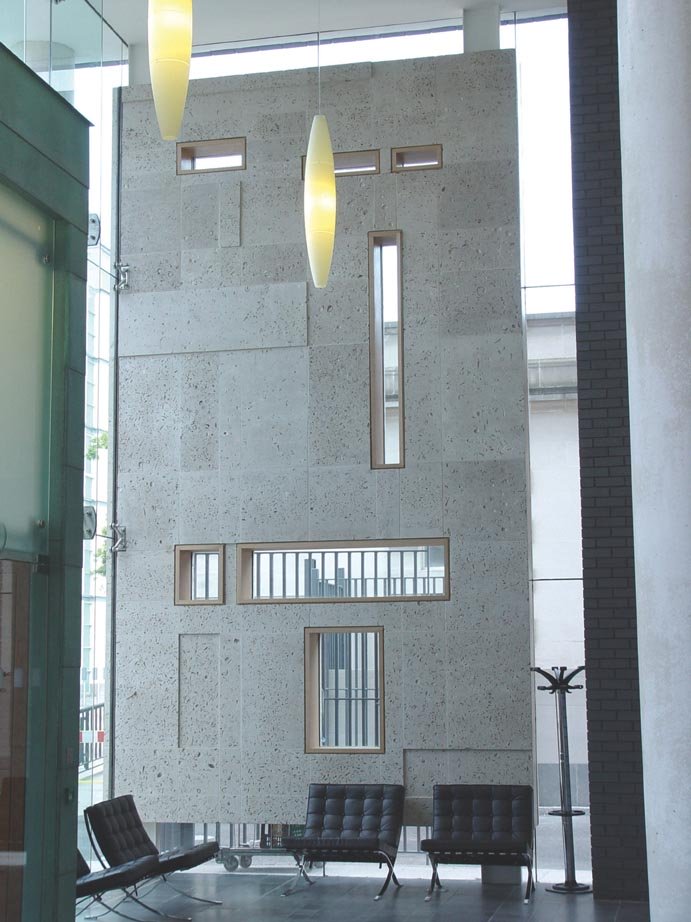 This is a new development on the site of the old Variety Market of Belfast, Northern Ireland. The selection of stone was made simple by the desire to pay respect to the adjacent Royal Courts of Justice (completed in 1932 in Portland Limestone).

Adapting the scale and proportions of the adjacent building, the new Bar Library Headquarters uses contrasting planes of Portland stone, blue engineering brick, and glass to create a sculptural form that complements and contrasts with its neighbour.

A visit to Albion’s Quarry resulted in a palette of Portland Stone being used throughout the building: Basebed for the solid planes of white contrasting with Roach and Whitbed for more detailed work.

The interior was treated as an extension of the exterior with the planes of Portland limestone returning into the building where possible, creating an illusion that the building was created from a series of boxes. There is a feature wall occupying the corner to the adjacent courts building. It is constructed from Portland Roach with a design based on Leonardo da Vinci’s Vitruvian Man.

Polished Portland Blue was used for floors and, with Portland Whitbed stairs, as a feature that ‘unpeels’ as wall lining ascending the stairs. The creamy veins in the blue stone made it an ideal complement to the other Portland Stones used.

This project was awarded ‘Commended’ in the ‘Interiors’ category at the Natural Stone Awards 2004. 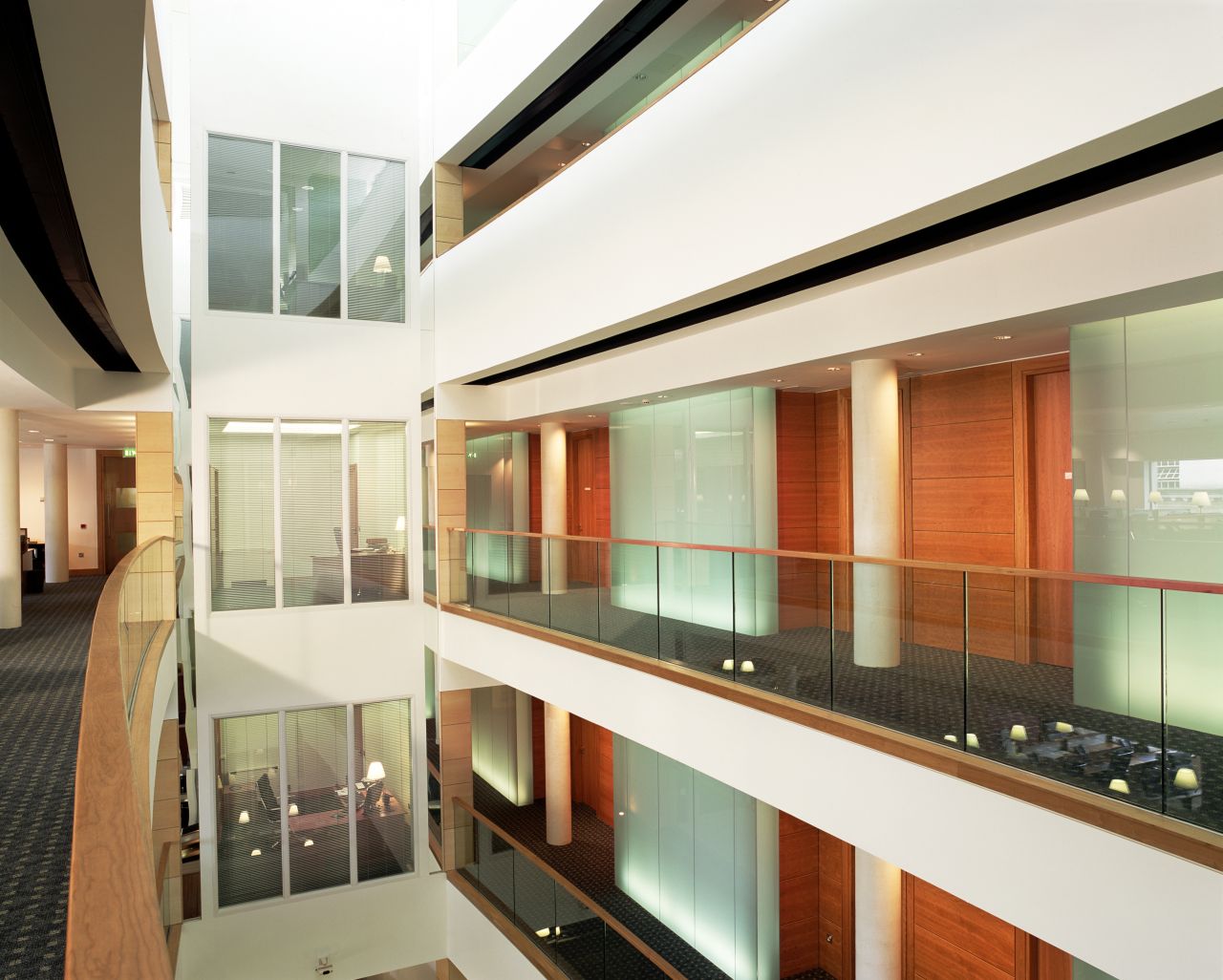 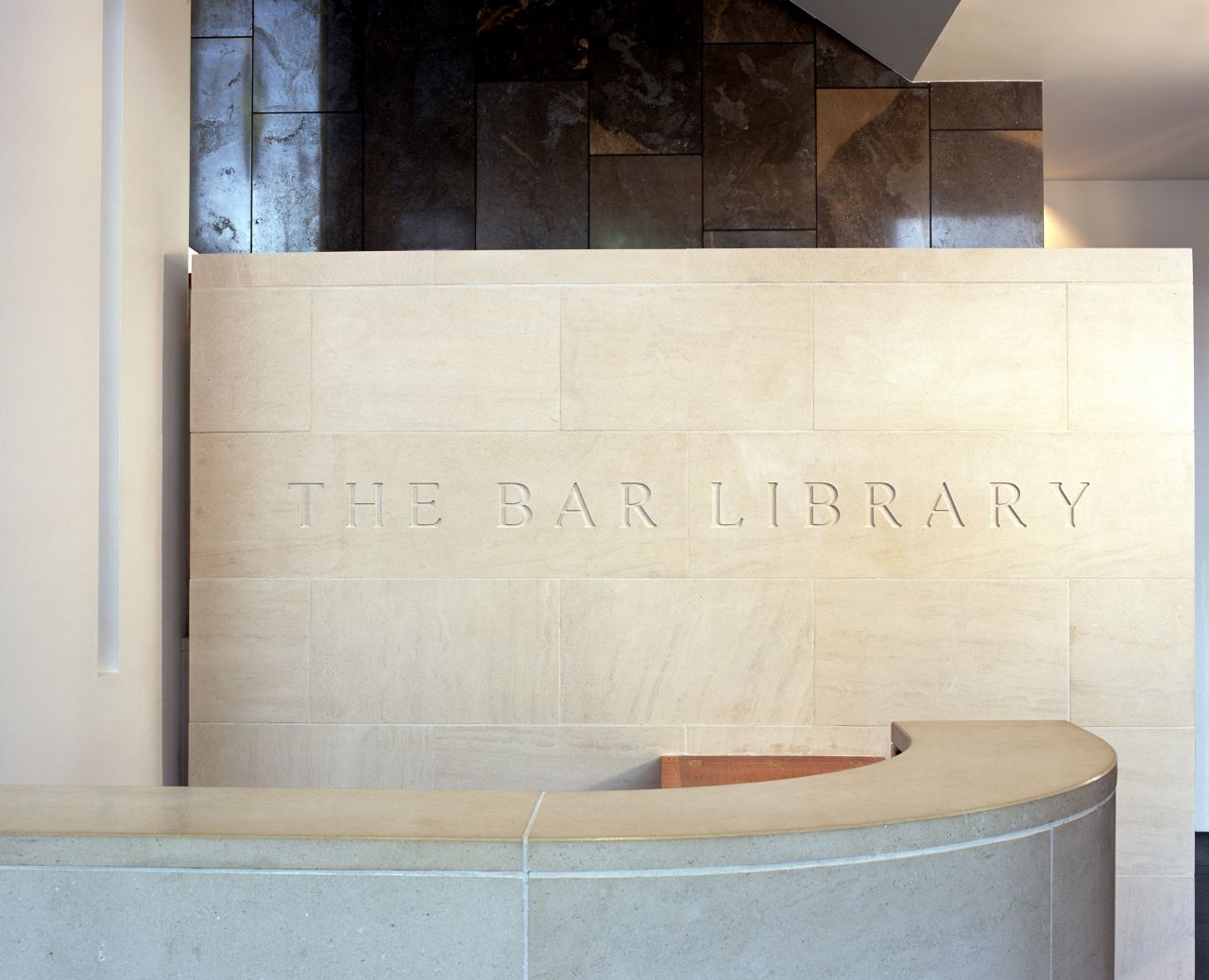 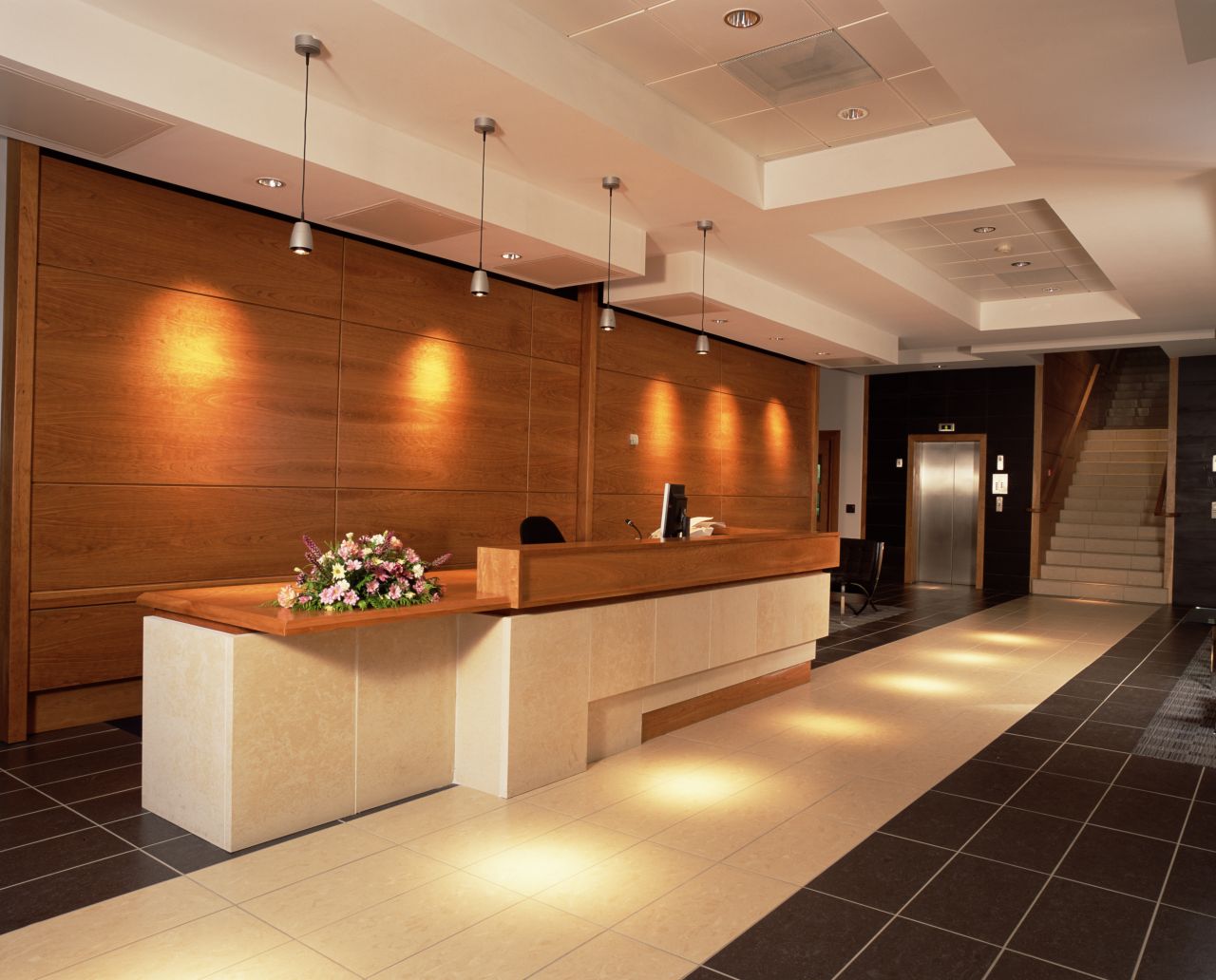 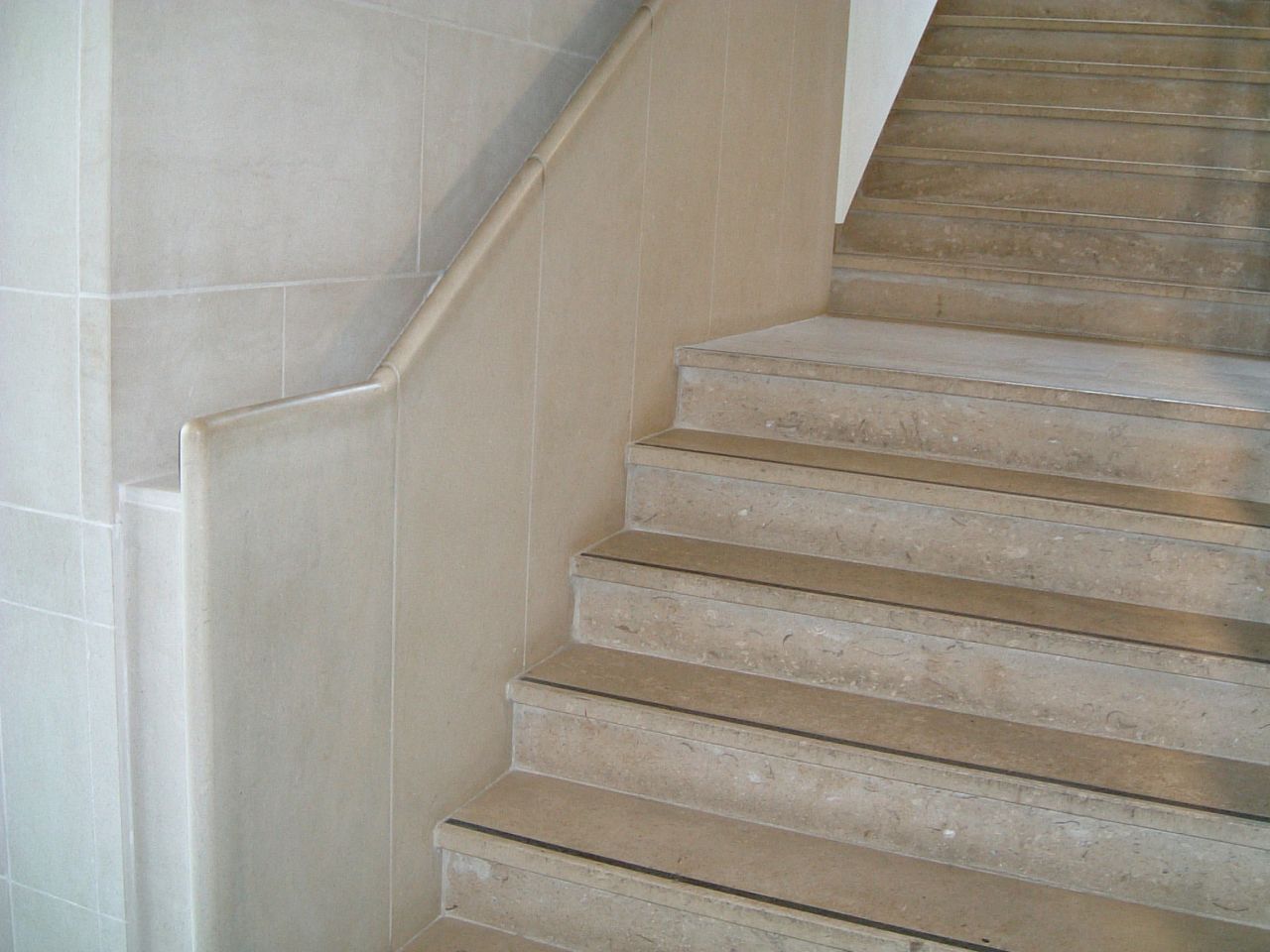