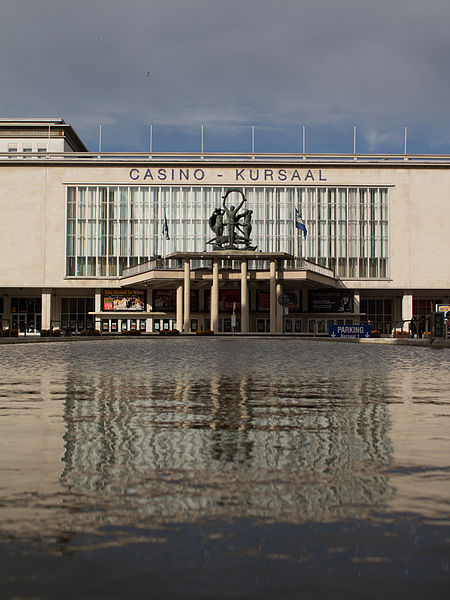 The Casino Kursaal is a listed building built in the late 1940’s on the coastline of Ostend. The construction at the time utilised Portland Stone on a steel framework cladding system. After approximately 60 years the steel frame-work used to support the stone cladding began to deteriorate therefore the affected façades needed restoration.

Albion Stone were introduced to the project by Rony De Smet of Stone Connections, who specialises in the use of Portland Stone. Being a listed building the project team were under pressure to ensure that the Portland stone selected for the restoration would be an exact match aesthetically, and would have the durability to withstand coastal weathering.

Albion Stone visited the Casino to view the original Portland stone cladding and the extent of the restoration. Aesthetically suitable beds of Portland stone were discussed and compared to the existing stonework with the Bowers Whitbed being selected as the closest match.

Once Bowers Whitbed was selected as the most durable and aesthetically correct stone for the project, detailed costings were prepared and reviewed prior to a production programme being scheduled to meet tight deadlines.