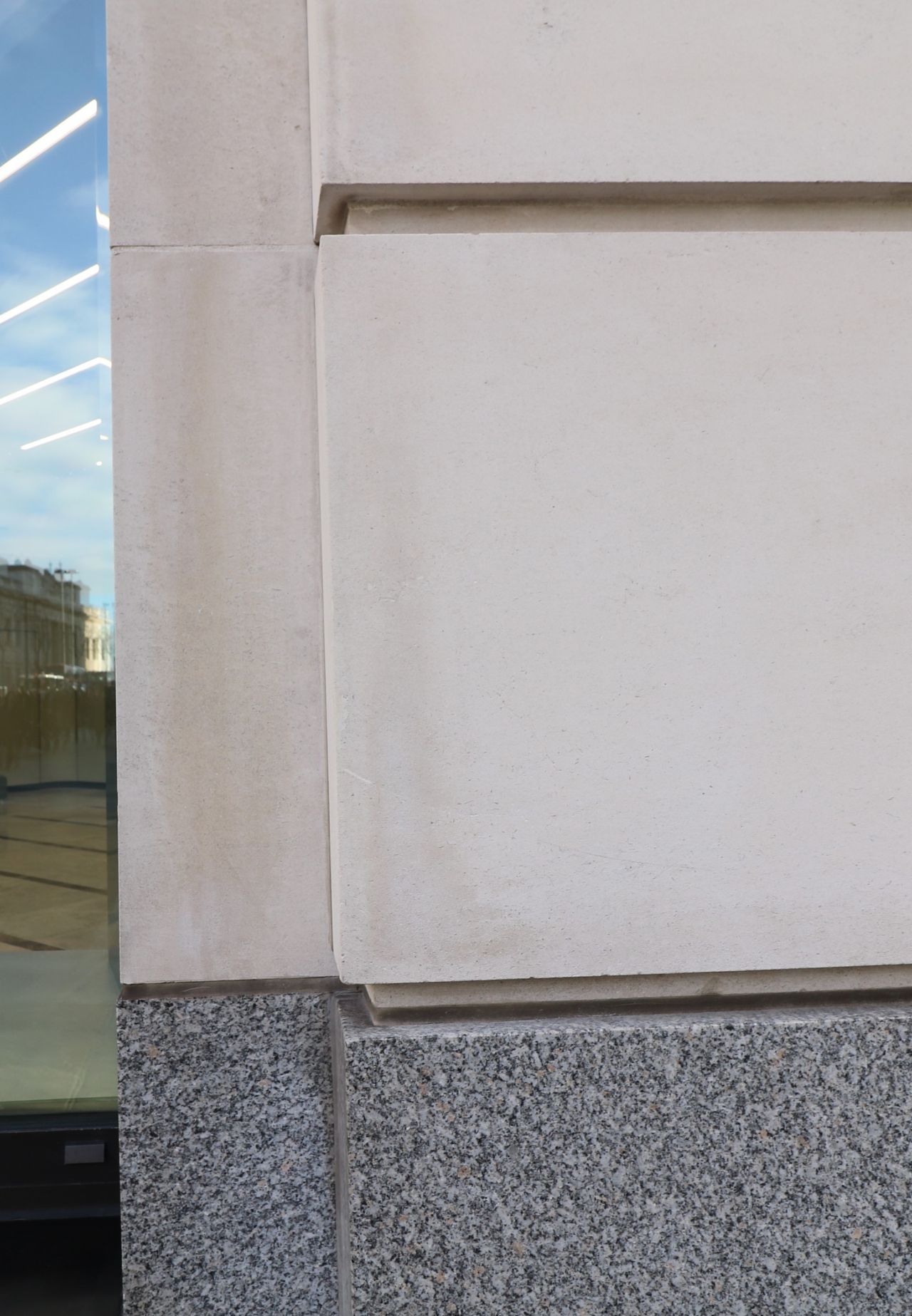 The existing building on the site of 47-51 King William Street was demolished to make way the new Equitable House building, which consists of six stories of office space and ground floor retail outlets.

The specification was for an impressive building which would incorporate traditional design elements whilst commanding the presence for such a prominent position adjacent to the fire monument.

Jestico & Whiles, the Architects designed the building utilising the Portland Stone element to carry the continuity with the surrounding buildings, but to also give the building a character of its own in the form of a large glazed rotunda above the main entrance and a glazed top floor. Additionally, the creamy white of the Portland Stone blends in well with existing buildings and also contrasts with the green glazing. Independent Whitbed was selected for the copings, feature band course and ground floor and Independent Basebed selected for the ashlar between second and fifth floor and for the cornice.

Albion Stone supplied approximately 260m³ of Portland Stone in the form of block and sawn stone to Settings masonry which was then worked into finished pieces prior to being fixed on site.

The building was constructed between Spring 1998 and Summer 1999 with the cost of the entire project being approximately £8 million. 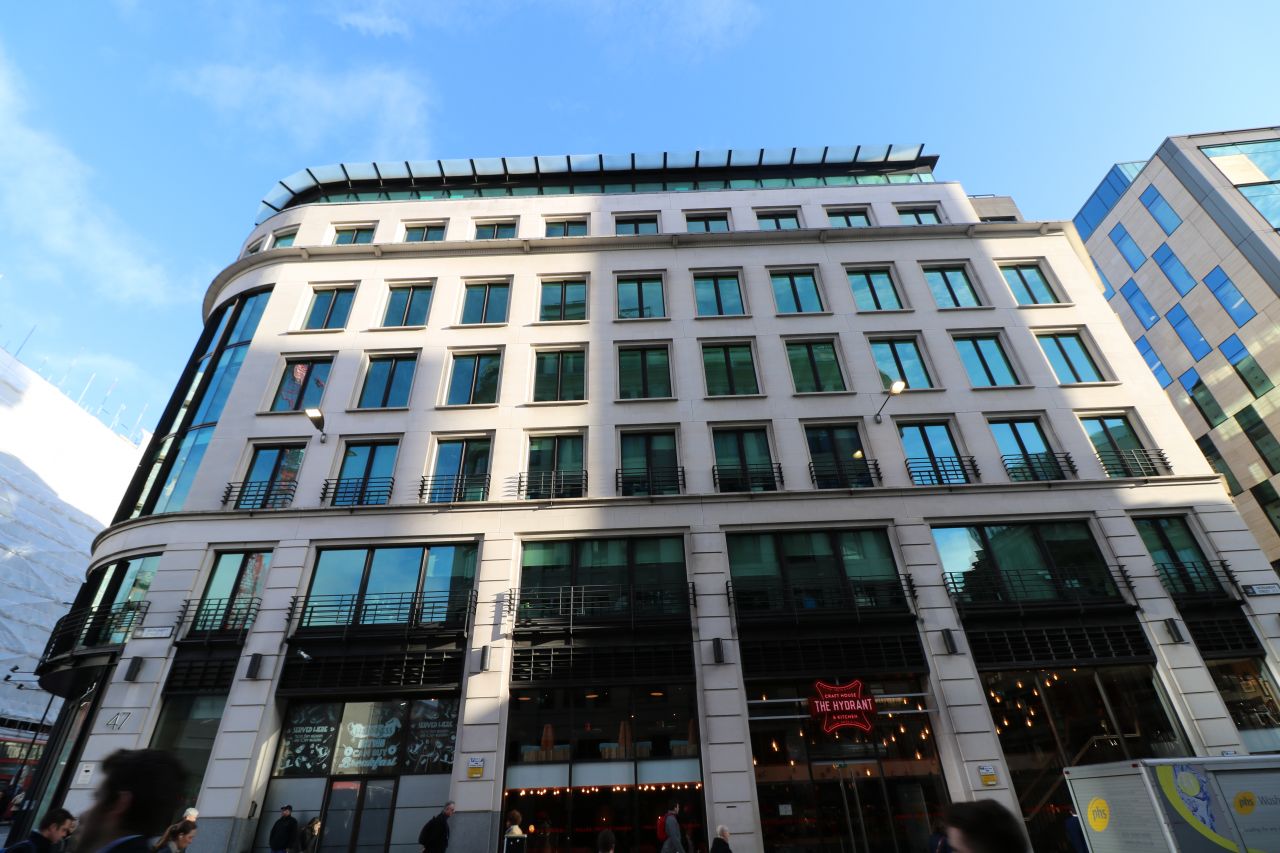