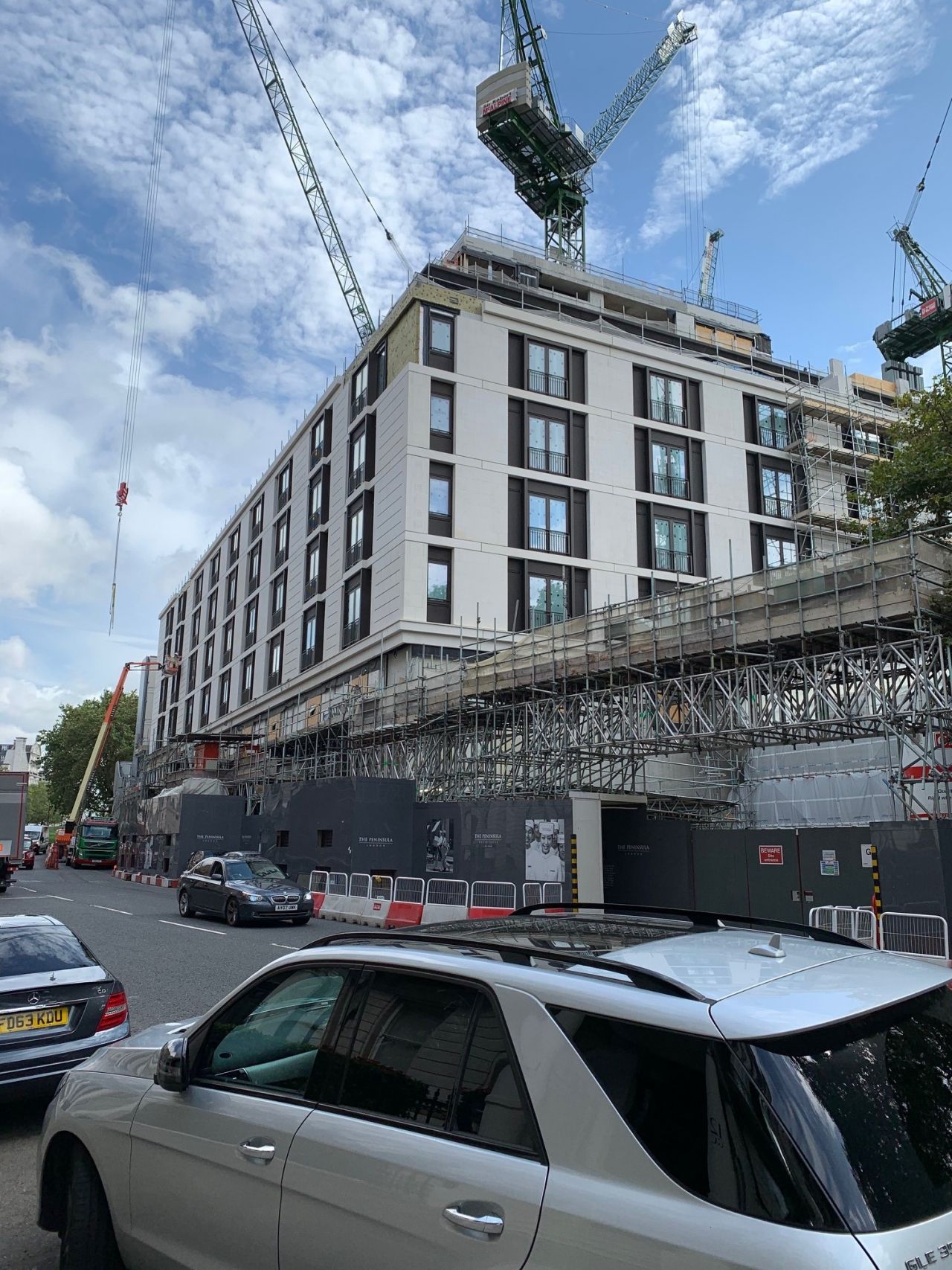 The Peninsula Hotel is a mixed use development accommodated in a single building arranged around a central courtyard of lower ground, ground, eight upper floors, rooftop plant and basements.

The Peninsula Hotel will be a new world class 21st century hotel for London. The hotel will include 190 guest rooms as well as restaurants, spa and ballroom. The building will also house 24-28 apartments.

The design is based on the Italian Renaissance palazzo and the process involved extensive engagement with Historic England and Westminster City Council. Work started on site in 2017.

The façade stonework has now been completed on some elevations by Grants of Shoreditch.