Scope of Project:
Refurbishment and replacement floor to church, altar and entrance. 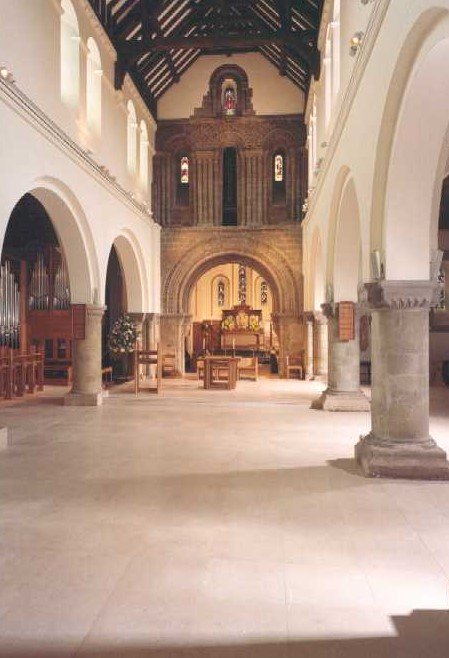 St Peter’s Church in Petersfield was beginning to go into a decline and the Parochial Church Council decided at this point that the Church needed to become more in tune with the needs of the community and a focal point which would be more than just a place of worship.

The Architects visited Albion’s Factory & Quarries in December 1999 to select stone and discuss the project. After reviewing technical details they selected Independent Whitbed & Independent Basebed for its durability and aesthetics.

Portland Stone was laid as a beam and block construction. Once the stone was laid, the Architect following advice from Albion Stone decided not to seal the stone floor as the foot traffic would eventually hone the stone and seal the surface naturally.

The project was completed in September 1999 and a rededication service held by the Bishop of Portsmouth took place in October 1999 with all the project team members in attendance. The total cost of the project was approximately £500,000 with Albion Stone supplying £17,500 worth of Portland Stone.