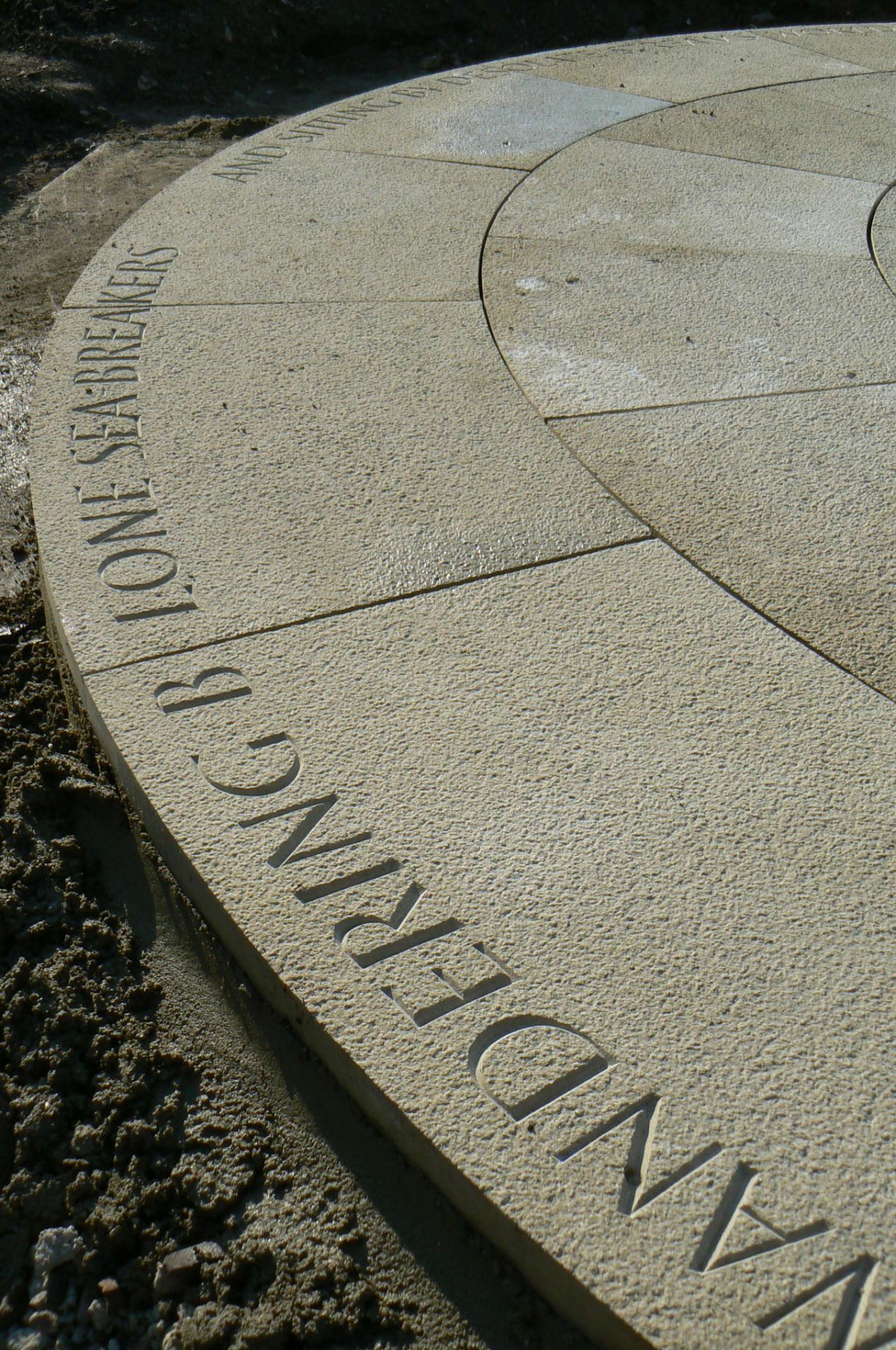 The Tibet Foundation approached Sculptor Hamish Horsley to design the Peace Garden and to ensure that the garden combined the natural stone carvings with the setting of the park and made visitors relaxed.

The Garden known as Samten Kyil, Tibetan for “Garden of Contemplation”, is a gift to the people of Britain from the people of Tibet and symbolises the meeting of East and West and the understanding of different cultures in an environment conducive to meditation.

Bowers Basebed was selected by the Sculptor for the project due to its aesthetics, characteristics and ease of carving.

The Portland Stone blocks selected were then carved into 8 meditation seats and four large sculptures to symbolise gateways, as well as a language obelisk.

The obelisk language pillar, donated by Albion Stone, was used to draw attention to the political undercurrents in Tibet. Each side of the pillar has a message of peace carved four languages; Tibetan, English, Hindi and Chinese.

On the outer circle of the “Dharma Wheel” are four large Bowers Basebed Sculptures. These represent gateways for each of the elements; earth, water, air and fire. 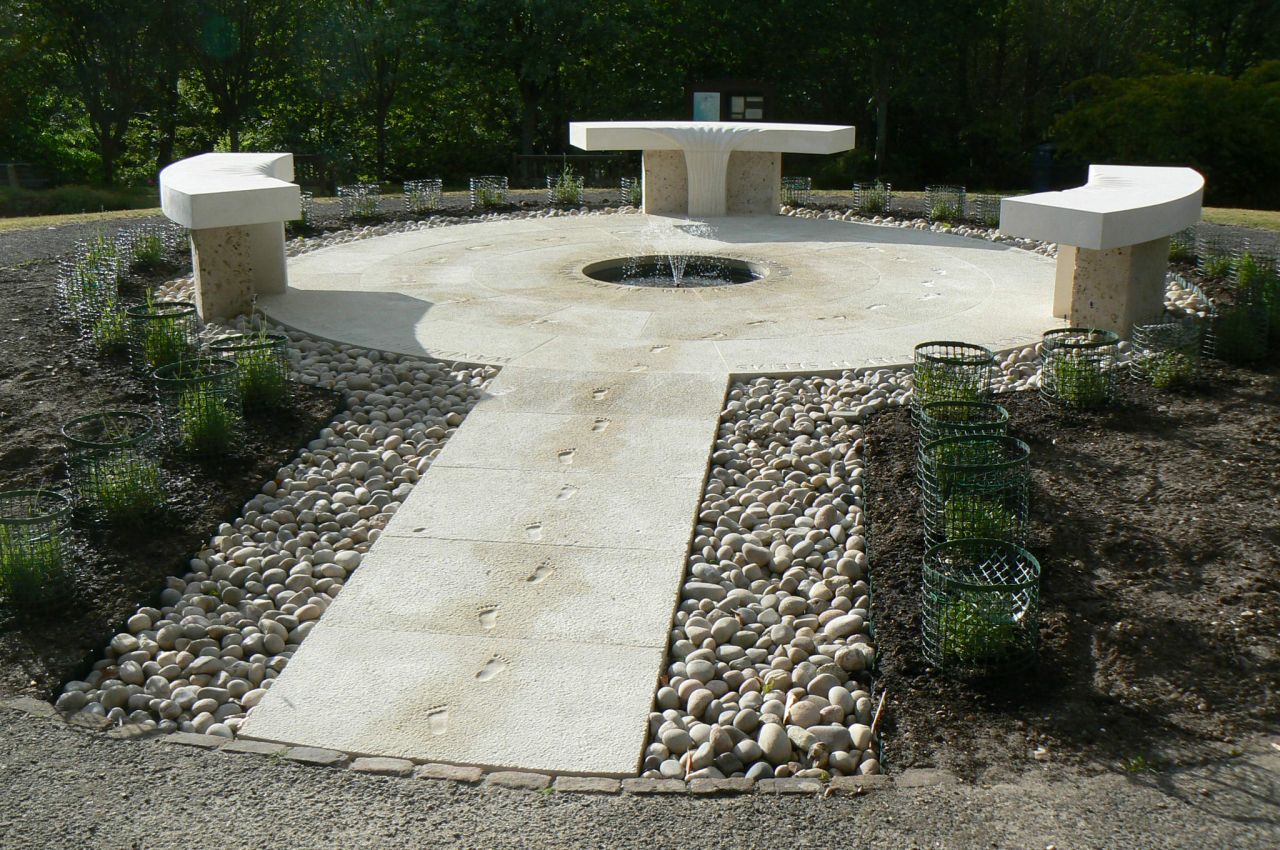