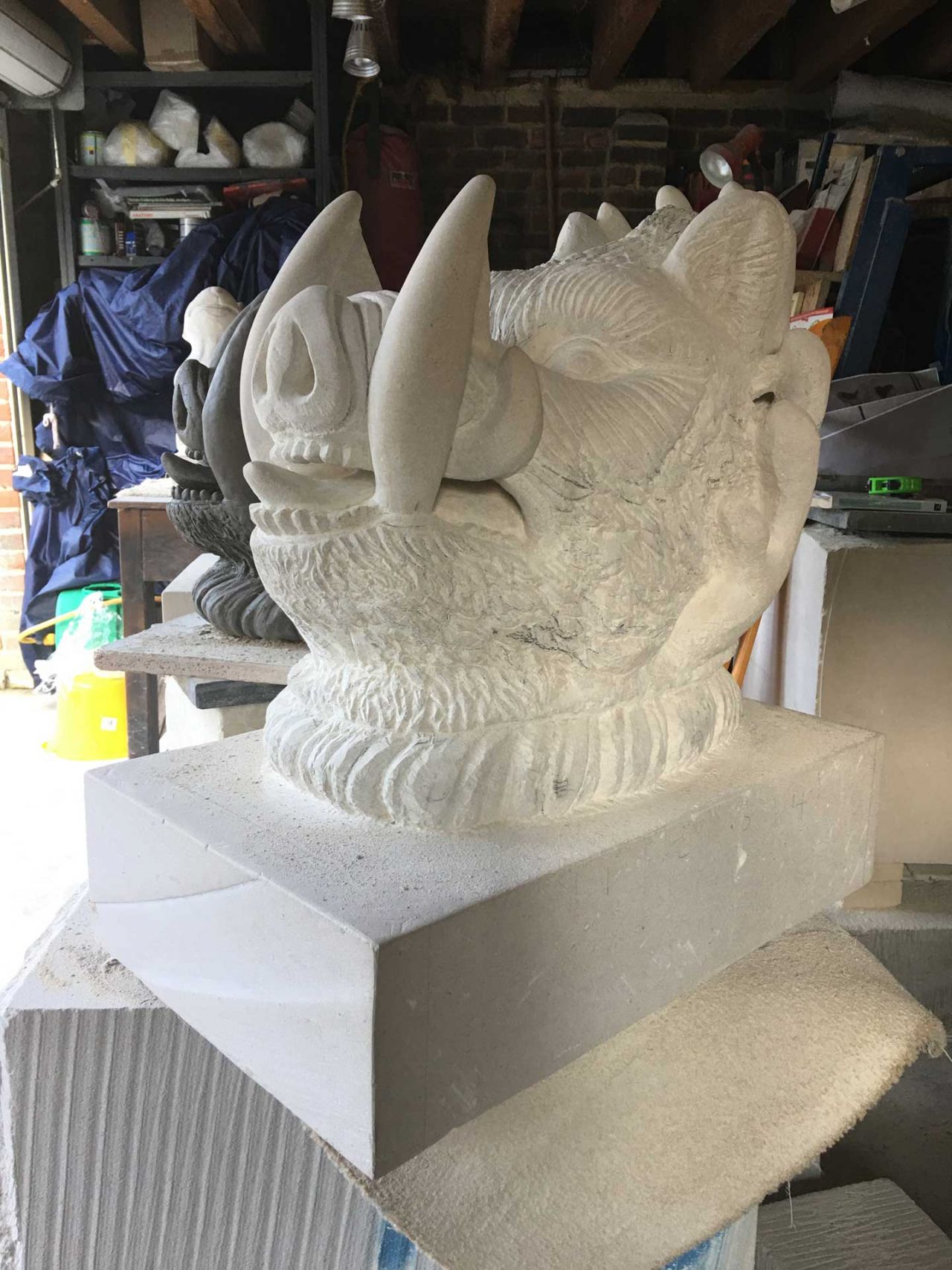 From information given by the client about his family crest and further research on wild boars, Simon created a 3-dimensional full sized clay model, which was passed by the client. The two stone blocks were marked up and the profiles were cut in using traditional stonemasonry methods.

After that, stone carving techniques were used to find the overall major forms. These forms went on to be redefined and over much of the year the difficult journey of carving two similar wild boar heads family crests’ continued. 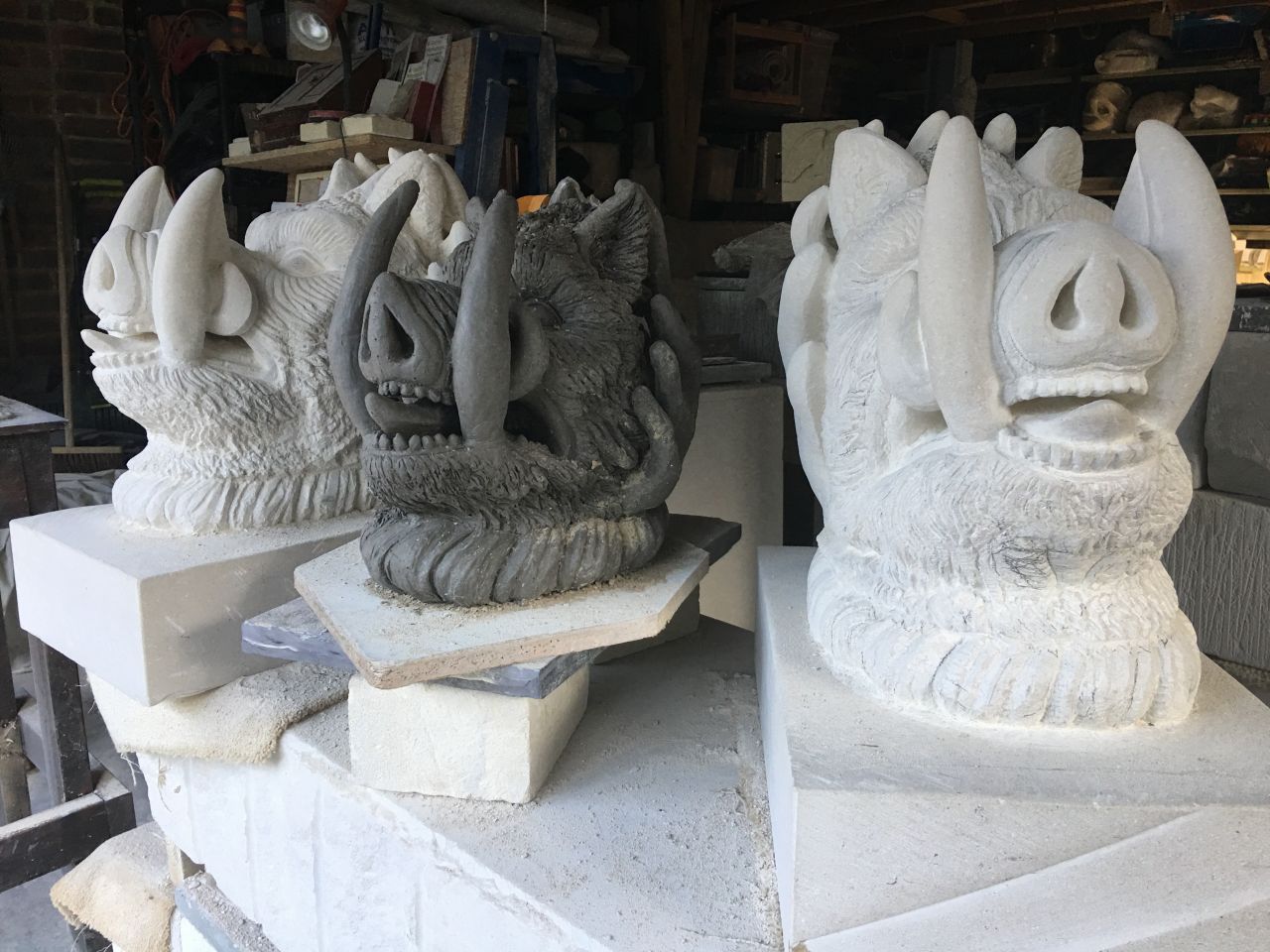