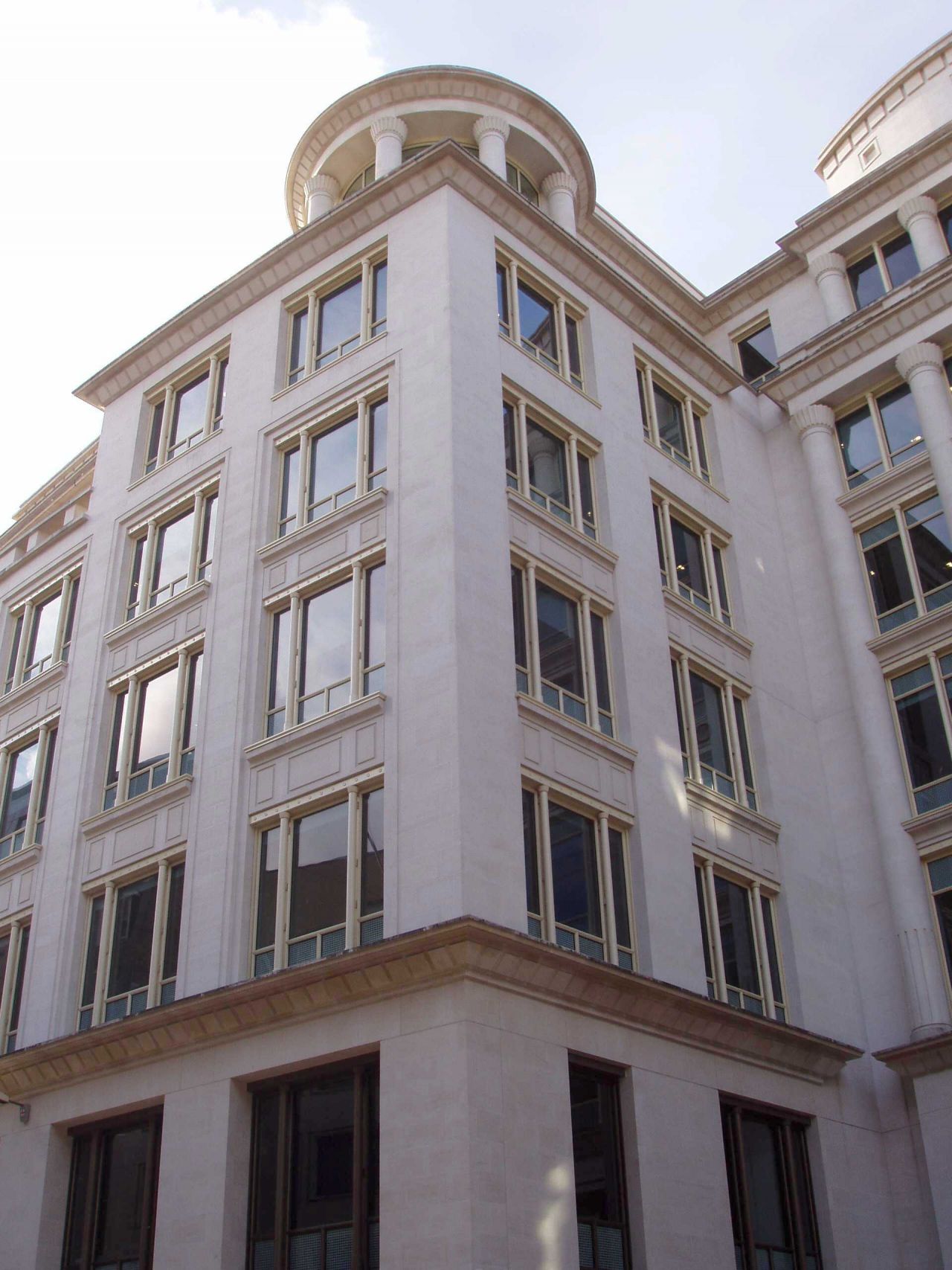 Following the submission of detailed plans, encompassing Portland Stone Cladding on the facades which faces the Street, traditional London Stock Brick on the North Façade and a sloping curtain wall on the South Façade, planning permission was granted in November 1997.

The project began with the complete demolition of Weavers’ Hall, the existing building between Coleman Street and Basinghall Street, and the careful construction of a new prestigious office building, which took into consideration space constraints and the character of existing heritage buildings in the area, adjacent as it is to Guildhall.

Approximately 1,000 cubic metres of finished stone cladding was fixed onto the building. The load bearing design of the cladding between the second and sixth floors required special concrete “nibs” to be manufactured into the design to carry the load onto encased steel columns. Stainless steel load bearing fixings were also utilised to support the stone columns and cornices on the street facing fascia.

The overall effect is a very striking contemporary building, which has been designed to optimise space and offer three dealing floors whilst retaining a classical Portland Stone fascia which overlooks Guildhall, a heritage Portland Stone building. 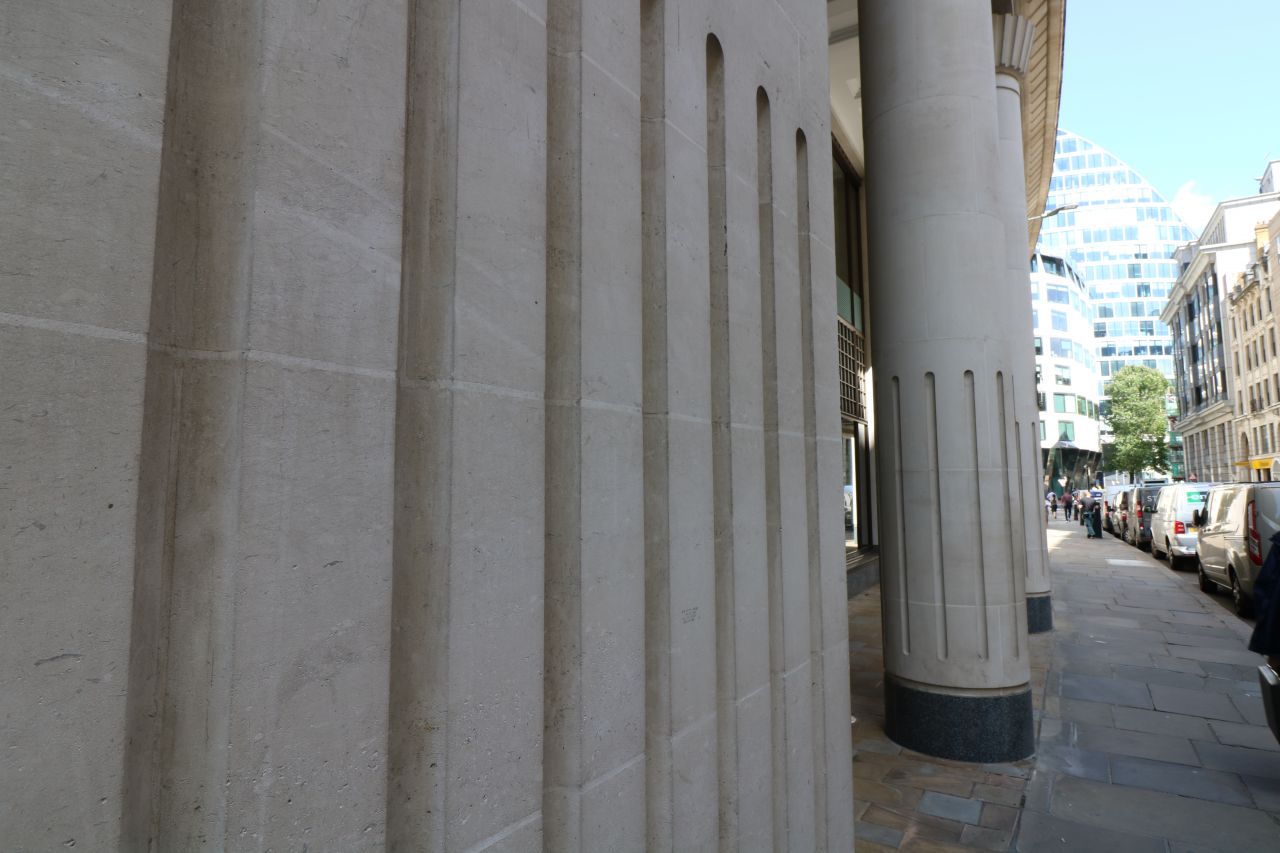 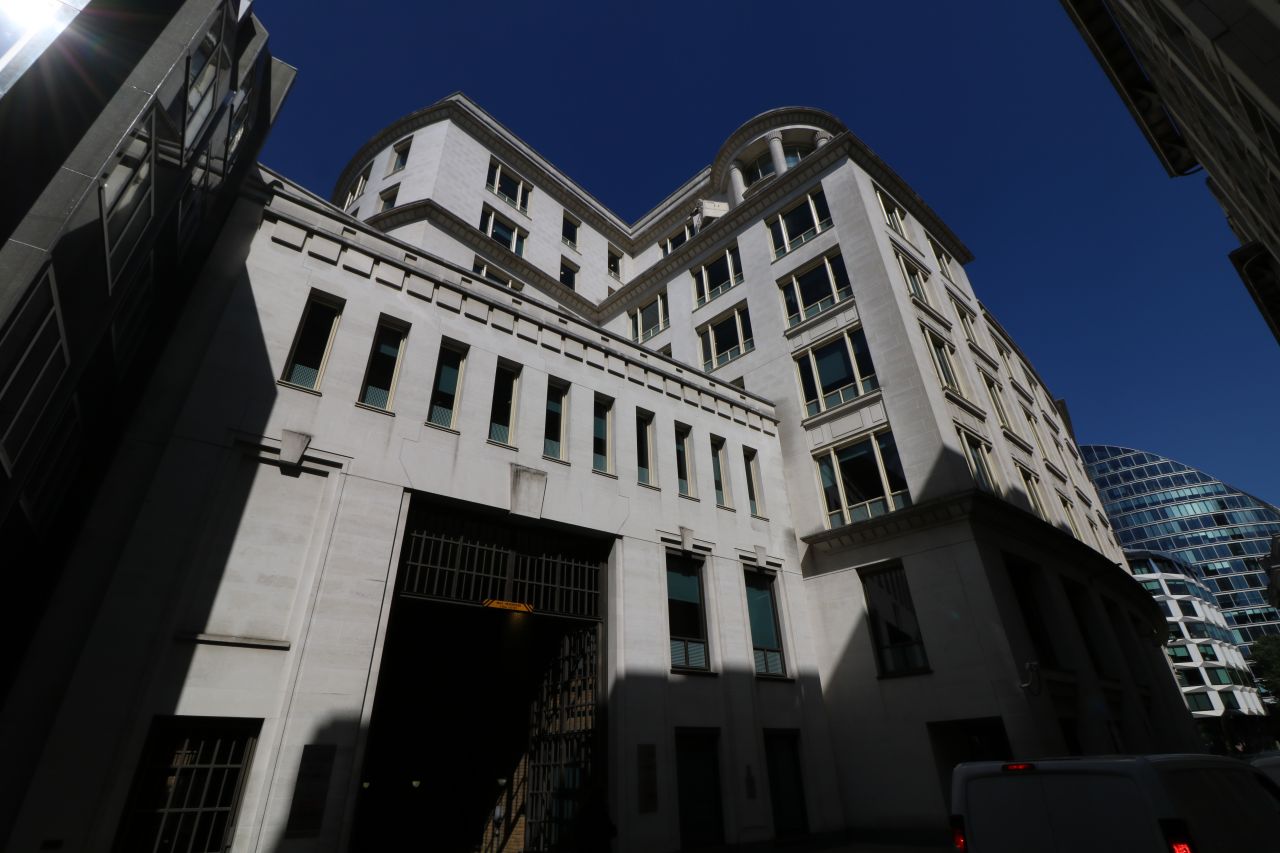 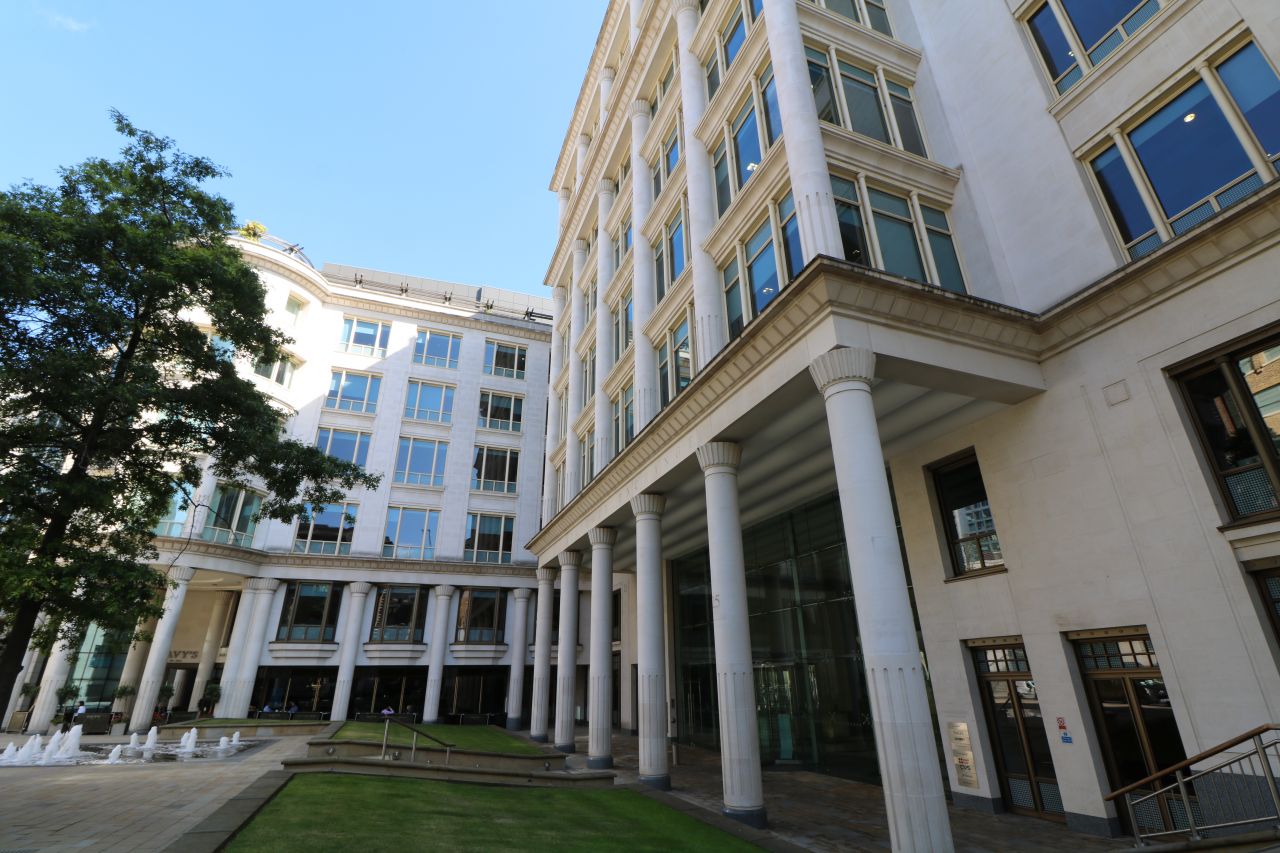 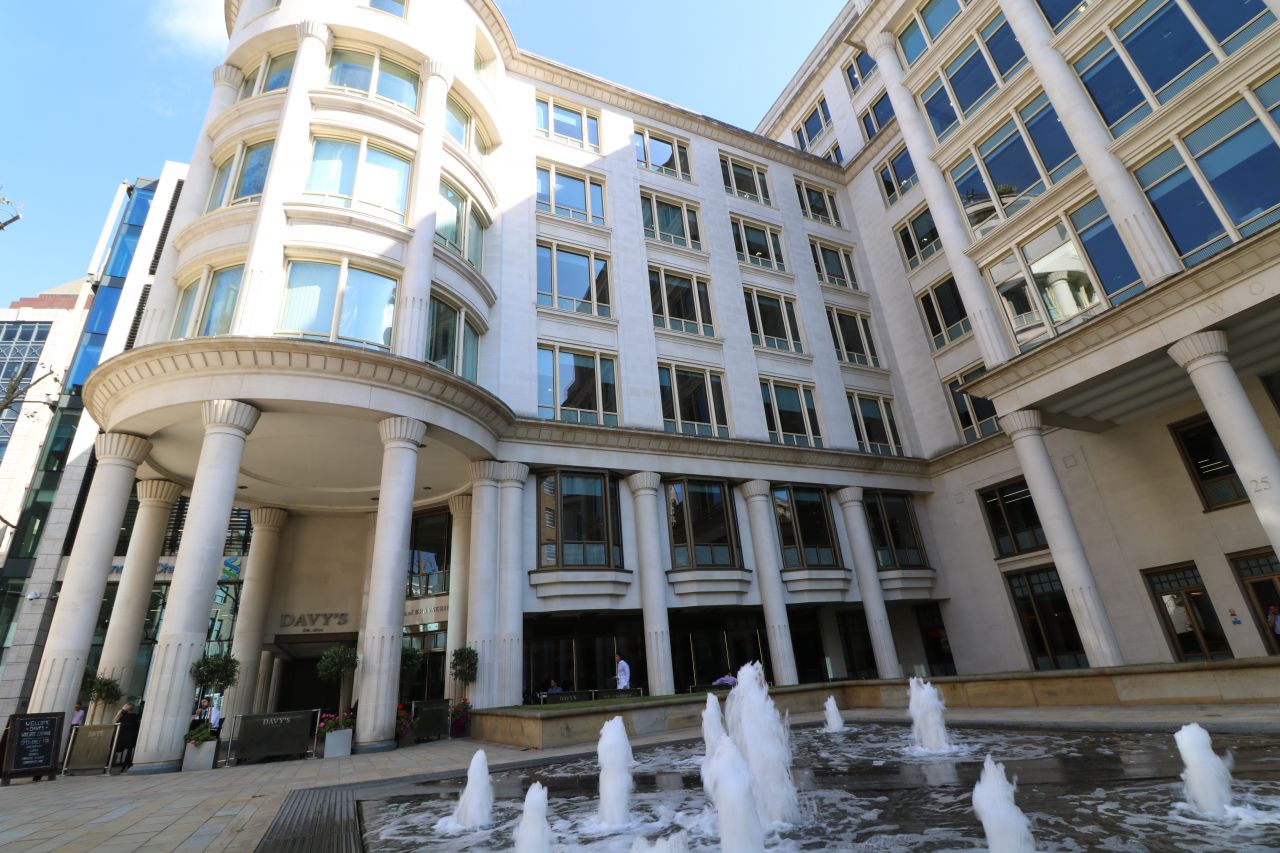